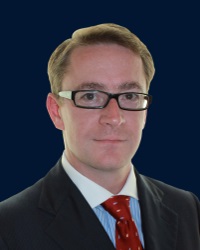 With over 20 years of real estate experience in a variety of capacities, Mr. Coveyou devotes a substantial amount of his time to overseeing the acquisition, management and disposition of real estate assets. In this role, Mr. Coveyou has been responsible for the underwriting of a large number of properties in California and also for the management of private portfolios and funds.

Mr. Coveyou has been instrumental in building the operating platform of a series of funds at Newport that have sourced more than 700 distressed properties between 2009 and 2012. In addition, under Mr. Coveyou’s guidance, Newport has expanded its investment offerings to include funds comprising of commercial income properties, urban funds that invest in working class neighborhoods as well as a real estate lending platform.