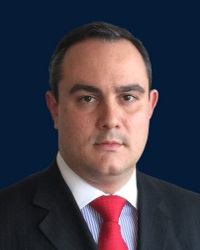 Chairman of the Board

Mr. Kiayias has over 25 years of experience in the financial industry with more than $120 billion of completed transactions. He has worked in New York in investment banking and principal investing for firms such as Goldman Sachs and The Blackstone Group. Mr. Kiayias has also worked with JP Morgan and with KPMG's M&A practice in the EMEA and Asia regions, where he worked with numerous public and private companies in various sectors, advising corporations in their mergers and acquisitions, divestitures as well as other strategic transactions.

Mr. Kiayias sits on the boards of a number of companies both within the Newport Private Group structure and outside. He is a member of the Foreign Policy Association and a supporter of Lincoln Center for the Performing Arts. He is also a member and supporter of the Asia Society. Mr. Kiayias has been a guest lecturer at Columbia Business School in New York City and has served as an entrepreneur-in-residence at Cornell University’s School of Hotel Administration.